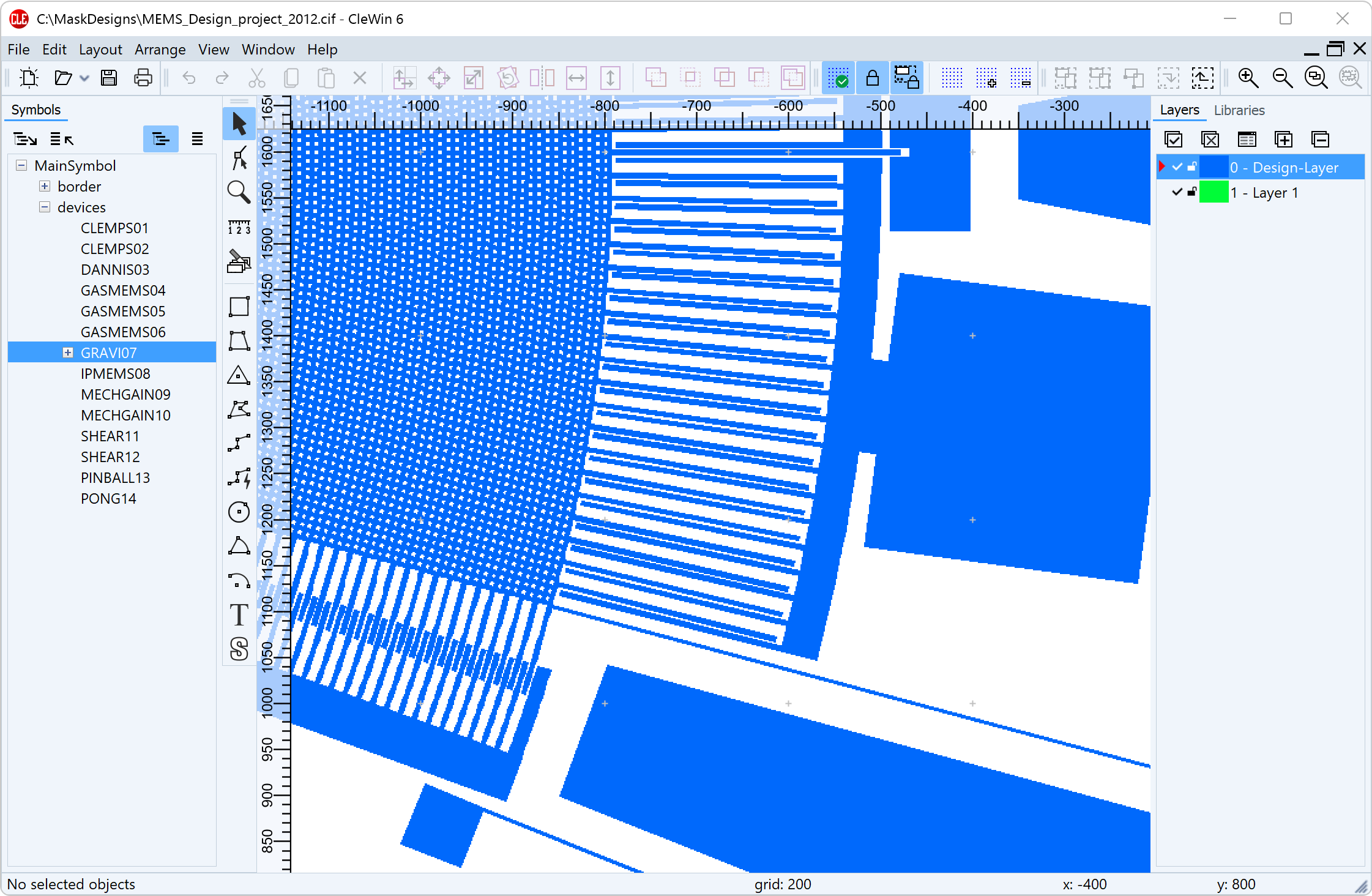 CleWin version 6 is released! To celebrate this we have special upgrade offers that are valid until December 31, 2022.

WieWeb software’s main product is the layout editor CleWin. CleWin is a layout editor we designed in cooperation with the MESA+ Research Institute at the University of Twente and Deltamask, a mask making company. Since we started with the development of CleWin, more than 20 years ago, the product has evolved from a simple editor to a powerful mask design tool. The product has been very successful over the years and is used worldwide in 35 countries at hundreds of companies and universities.

Ten years ago CleWin version 5 was released and, after many minor updates, version 6 was released on November 15, 2022. For companies with a valid update and support subscription the upgrade to version 6 is included in the subscription. For universities, all CleWin 5 licenses purchased after July 1st, 2022 include the upgrade. CleWin 6 can be downloaded from the CleWin 6 Download page.

CleWin runs on a PC with Windows 10 or higher. It is compatible with other layout software since it uses the standard CIF, GDS-II and OASIS file formats. Furthermore, CleWin can read and write the AutoCAD DXF format. High resolution (Encapsulated) PostScript is available as output format. Bitmap files can be easily imported using the bitmap import utility.

Because CleWin is also meant to be used by students a lot of attention is given to the user interface. CleWin is a hierarchical layout editor, i.e. a layout consists of “symbols” (also called “cells”) which may be nested. Editing a symbol in one place will change all other instances of the same symbol. CleWin shows a hierarchical list of all symbols in a design, so that each symbol definition is directly accessible for editing. Furthermore, the hierarchical list provides a clear overview of the file structure and the dependencies between the defined symbols.

In version 4, a powerful scripting engine was added, that allows the generation of objects using four different languages: C, Matlab, the MaskEngineer language and Lua. Support for Python scripts was added in version 5.4 of CleWin. Scripts are especially useful for complex, parametric designs, but also for relatively simple tasks like automatic numbering of chips. In version 5, many more features were added in minor updates.

In CleWin 6 the user interface has been modernized and adapted to Windows 10 and 11 and the use of modern high resolution screens. CleWin 6 fully supports High-DPI scaling and the help system has been updated to the eWriter eBook format to replace the obsolete CHM format.